Ankara became the capital of IT

Erhan Binici, Chairman of the Board of Directors of ANKAREF, one of the leading IT companies in Turkey, stated that R&D and innovation activities in Turkey are becoming more and more widespread and that the capital city Ankara continues to be the rising star of Anatolia for hosting IT in this transformation. He said that its products received great attention in the foreign market and became a company that adds value to the capital. 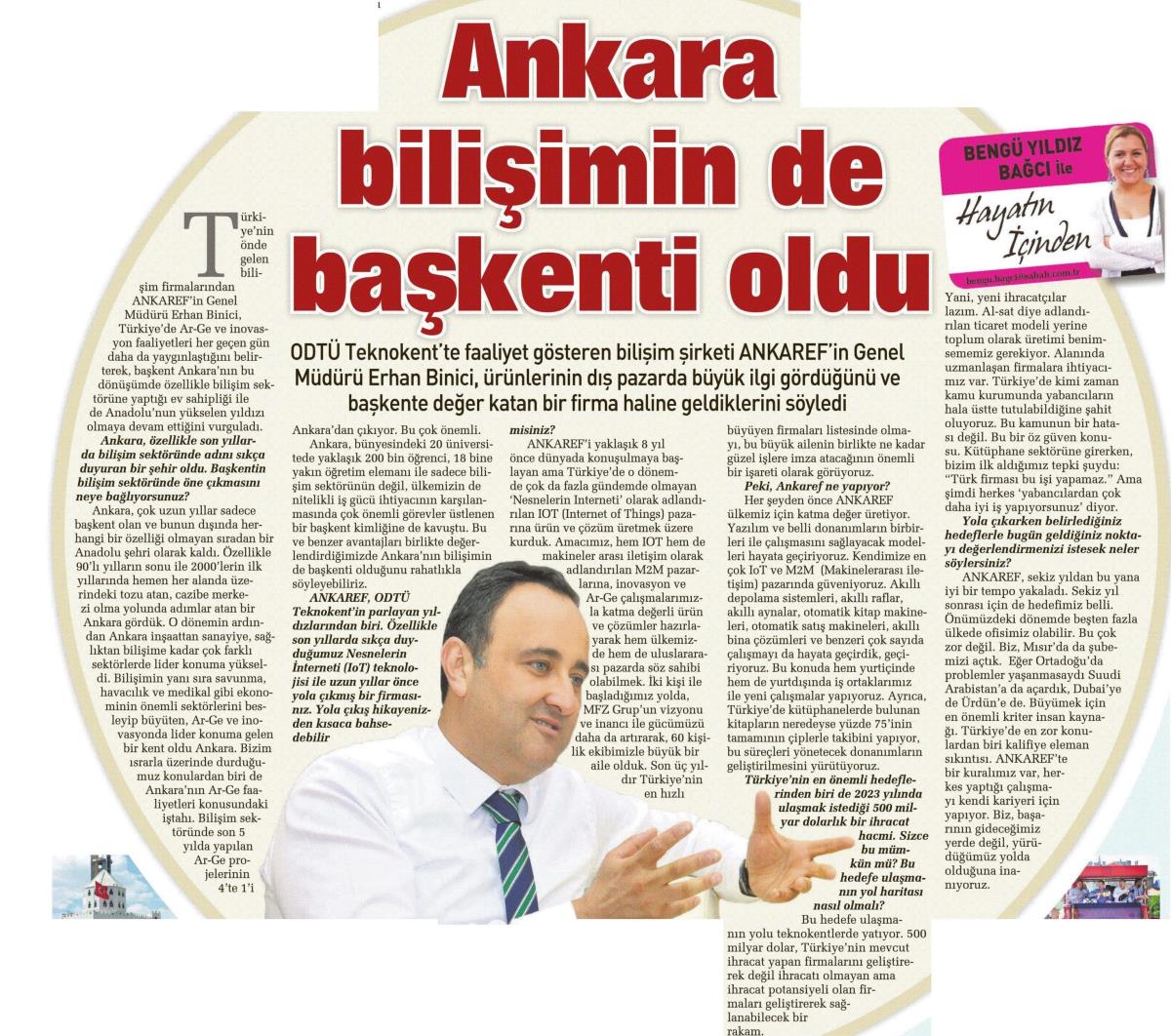